How can Canada leverage its assets and grow investment in the intangible economy in order to enhance growth and innovation?

The intangible economy describes the part of the economy that revolves around assets and investments that do not physically exist but generate long-term value. Think of intellectual property, a trademark, brand value, or software, rather than a tangible asset such as land or machinery.

In his blog, Microsoft co-founder Bill Gates reviews a book called Capitalism Without Capital by Jonathan Haskel and Stan Westlake (2017). Gates relates the book to his own experience on how the investment world was hesitant to believe at first in a company like Microsoft whose business model was primarily built on intangible assets. The Microsoft business model forced investors to look at assets differently than they were used to, and it is about time policymakers around the world do the same.

How are intangible assets different? As summarized by Haskel and Westlake:

The sectors that invested the most in intangible assets like knowledge-intensive services and the information and communication technology grew 28% higher than other sectors, according to McKinsey Global Institute. Across all sectors, the top growers in their industry spent 2-7.8 times more on intangible assets than the low growers in their industry. 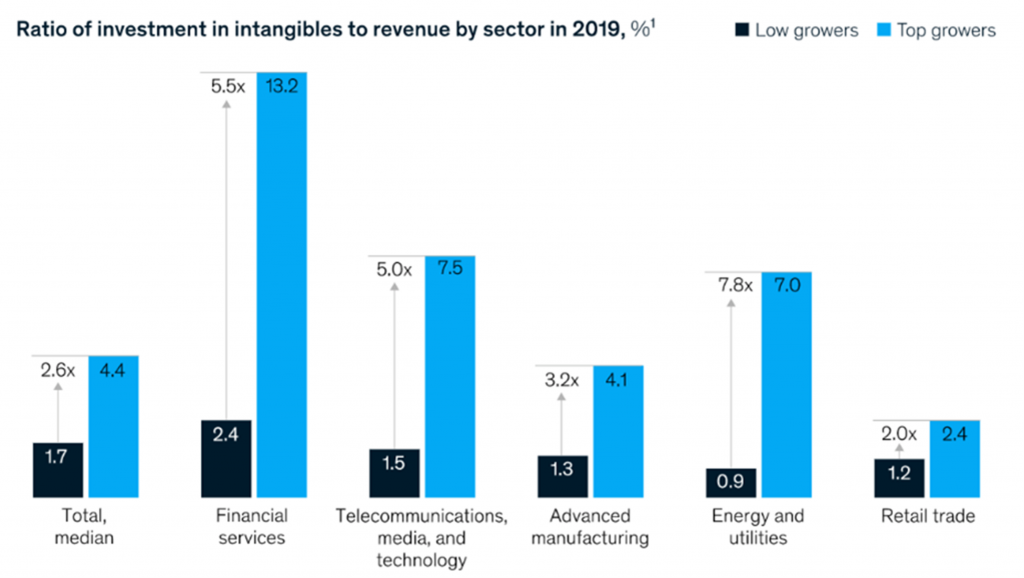 Knowing how vital the intangible economy is to a firm’s success, Canada should study how it can leverage intangible assets to make its firms more successful.

The Public Policy Forum states that protecting IP, data, and new technology companies from foreign takeover is the best way to enhance Canada’s innovation and growth. Canada is very particular about which industries it liberalizes entrance of foreign competition, such as manufacturing, retail, and resource sectors while protecting other industries such as banking and telecommunication. Public Policy Forum argues that Canada should consider technology and the intangible assets of the technology sector as a protected industry. They see the intangible economy as a “zero-sum proposition where mergers and acquisitions can be wielded as an anti-competitive tool whereby IP and human capital are gobbled up by large global players at the expense of the domestic innovation ecosystem”.

Although protectionism is usually frowned upon within economic thinking, our performance with a liberalized technology sector has produced some weary results. For example, the share of Canadian-invented patents transferred to foreign entities has more than doubled, going from 18% to 45% during the time period of 1998-2017. Other worrying trends are that there are no Canadian firms within the top-200 spenders on R&D, and spending on IP products is headed in the wrong direction going from 2% of the economy in 2014 to 1.7% in 2018.

This school of economic thought on protecting our intangible economy is gaining traction, as Dan Ciuriak of the Centre of International Governance Innovation illustrated. In a 2018 paper, he argued that Foreign Direct Investment (FDI) in sectors such as technology that hold value from their intangible assets don’t yield the same positive results for Canada as FDI into companies that hold value from tangible assets. This is mostly because the value from investments in firms that function off intangible assets such as IP and data can easily be transferred back to the source country, leaving Canada dry (no pun intended). Alternatively, Canada does reap the benefits of FDI in a sector like manufacturing that deals mostly with tangible assets (e.g. property and machinery). This is because those assets physically stay in Canada, and produce value to Canadians through employment and output.

The easiest way to change our foreign investment policy in the intangible sector of our economy is by reforming the Investment Canada Act. Canada has already taken steps in this direction by updating guidelines to consider the effects of the acquisition of IP and transfer of sensitive technology or know-how in areas such as AI, biotechnology, quantum science, and many other fields. The impact of this update to the Canada Investment Act should be thoroughly studied and followed up on to see what other ways we can improve Canada’s ability to compete in the intangible economy. 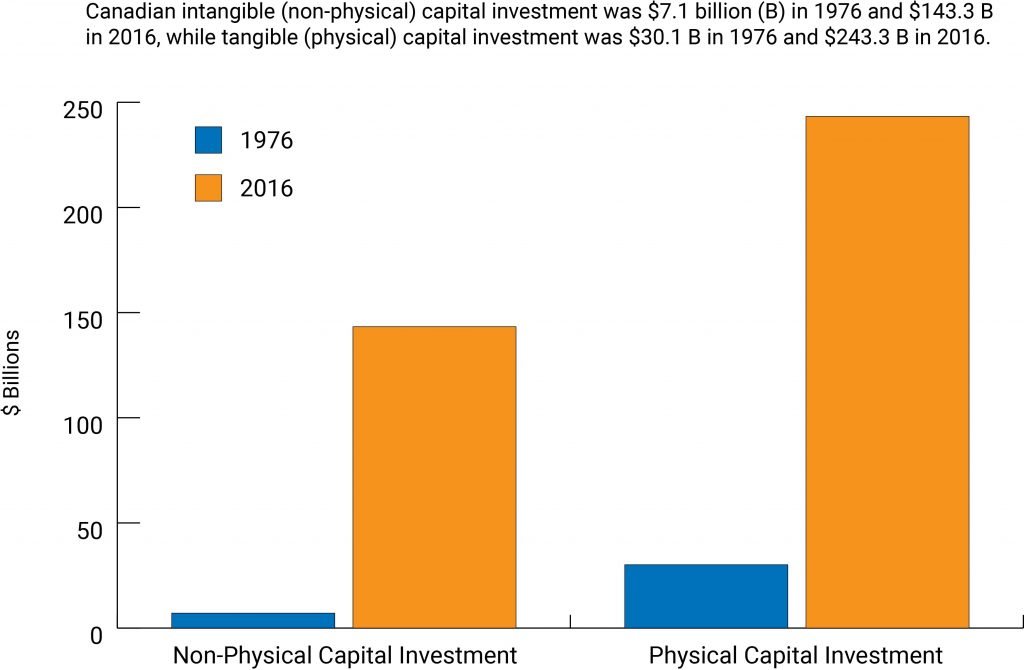