Your enterprise must embrace digitalization 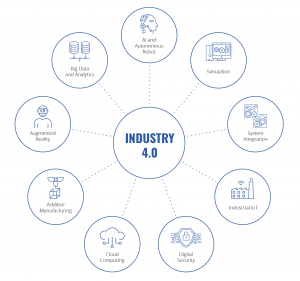 In today’s world, your enterprise must embrace digitalization or you run the risk of being left behind in the global economy. A strategy to adopt high-speed communication network infrastructure is necessary for Canadian businesses to not just stay competitive in global marketplaces, but to adapt to new revenue streams resulting from technological innovation.

IDC Corp., in a study of the importance of next-generation networks to the development of economies, concluded that digitalization of the economy is directly, and will increasingly be, linked to Canada’s prosperity and competitiveness. They estimate that 60 per cent of the global GDP will be based on digitalization by 2022.

Business spending on research and development (R&D) continues to remain an important indicator of corporate commitment to innovation. However, according to Innovation, Science and Economic Development Canada, business expenditures on R&D (BERD) in Canada has decreased since reaching a peak in 2001, and our country currently ranks 22nd among OECD countries (2016).

Canada’s gross domestic expenditures on research and development (GERD) fell considerably over the past decade, and we rank 20th among OECD countries in that regard.

The IDC study states Canadian enterprises and all levels of government must adopt new policies in R&D and technological innovation to advance development of next-generation architecture – robust networks that meet mobility and bandwidth demands. A broad term for technological advancements in telecommunications, these networks have the capacity to support the high-speed transfer of voice, data and video, and may transform service delivery and business communications. Additionally, the advent of ‘Industry 4.0’, the automation and end-to-end digitization of manufacturing processes, will fundamentally transform market dynamics across a range of industries. However, in order to gain from these processes, industrial sectors must plan to commit to digital technologies to augment their portfolio of products and services.

Canada’s Innovation and Skills Plan announced in Budget 2017 set out targets to increase goods and services exports and GDP contributions of the cleantech sector, double the number of high-growth companies in tech sectors and expand job support training. However, implementation of the plan was slow, and we have yet to see any substantial growth in the economic sectors the plan is purported to be augmenting, such as advanced manufacturing, cleantech and digital industries. One optimistic indicator is the number of students being taught coding and digital skills from K-12 have increased dramatically, but other measurements have remained mostly stable or seen slight increases.

The Canadian government itself stated in 2018 that “all economic sectors must be digital sectors”, meaning that digitalization of our economy will propel Canada past other countries in competitiveness. However, Canada is getting outpaced compared to other OECD countries due to the curtailing of BERD and GERD. 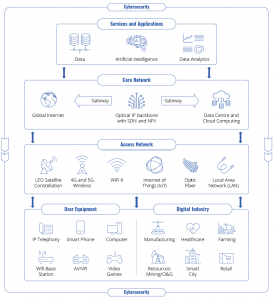 If Canada wishes to remain competitive in the burgeoning NGN and IoT-enabled industries, private enterprise and government must do to more to develop strategies to adapt businesses and embrace digitalization. The IDC report states that though there are barriers to overcome, such as the gap in skilled IT labour, one estimate by Taylor Warwick Consulting Limited revealed the lag in digital innovation will become more pronounced and the Canadian economy could potentially lose out on hundreds of billions of dollars.

Click to find out more information about the services which Global Advantage Consulting Group can offer your business, or how you can obtain one of our detailed innovation maps.