The Benefits of Trade Diversification 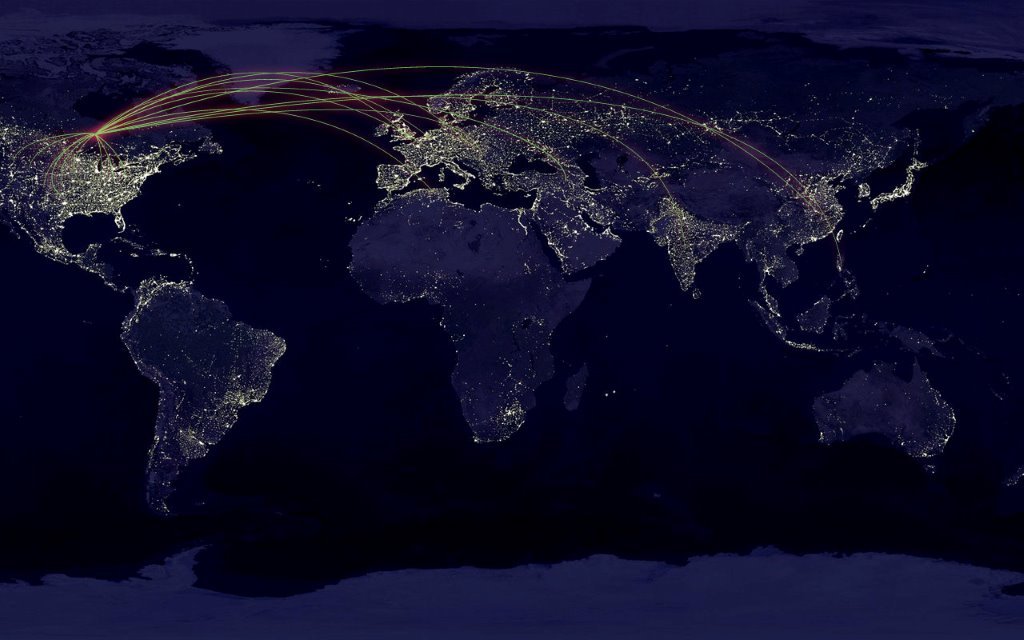 News last week of a trade deal between the United States and Mexico made headlines here in Canada. While NAFTA may or may not be dismantled and replaced with new trade deals in the coming months, the United States will continue to be the largest market for Canadian exports by far. Given the conversation around NAFTA and our own analytics capabilities, Global Advantage made use of our Dancing Data software to better understand Canada’s trade situation.

Using data collected from Statistics Canada, the World Bank, OECD, and the Harvard Atlas of Economic Complexity, we at Global Advantage set out to find and visualize the key themes that define Canada’s trade with the world. One dominant theme was the lack of diversity in the markets where Canada exports its goods and services. We arrived at this conclusion by examining four particular economic data sets from that stood out. All data sets cover the same 20-year period from 1995/96 to 2015/16.

Firstly, we looked at a top-level comparison of total Canadian exports versus total exports in other countries over time. Among comparable economies, Canada’s exports did not grow as much as China, Germany, or the United States. Those countries increased total exports from 2.5x to over 10x over the same, while Canada’s grew a bit more than 2 times, and is overall dwarfed by the size of other nations’ export output on an absolute basis.

Secondly, we looked at the same countries’ R&D expenditures (GERD) over the same time period. R&D has been closely associated with increased production, and exports by extension, especially when considered over a long period of time, as we do here. Once again, Canada’s R&D as a percent of GDP has been stagnant, while other countries have increased theirs, with China emerging once again as an outlier.

Thirdly, we developed our own metric of economic exposure to better understand Canadian trade with the world. We defined exposure as a type of structural risk when one nation doesn’t diversify its export customer base, or the “eggs in one basket” problem. We consider it to be structural because it’s not permanent and can be adjusted by investing in R&D and signing more trade deals and agreements.

By relying on one or a handful of export markets, a nation exposes itself to greater risk of adverse changes in those markets (such as a sudden recession that would reduce demand for imports) than if it had a large number of diverse customers that would provide some hedge against changes in one market. Exporting to 5 countries means a recession in just one means an expected fall of about 20% of exports (this model assumes equal distribution of exports), versus exporting to 50 countries that would reduce the impact of such economic volatility.

The United States of America is the largest economy in the world, is connected to Canada with the world’s longest land border and is the largest trading partner for not just Canada but for all the countries we examined in this analysis. However, not all of these countries are equally exposed to the United States, and none as much as Canada. We plotted exposure by total exports on the x-axis, total exports to the US on the y-axis, and bubble size as a percent of total exports shipped to the US over time (1995-2016). Higher the percentage of exports shipped to the US, the higher the exposure to the US’ economy.

The results were stark. Unlike other countries in this set, Canada shipped about 75-80% of its exports to the US consistently over the time period examined, based on the size of the bubble. While that may because of geography, NAFTA and the market access it has provided, the exposure meant there weren’t sufficient numbers of other customers to buy Canadian exports in the event of a “rainy day” situation where the US might experience an economic downturn or choose to impose tariffs or itself diversify and import from other countries.

Looking closely, the trajectory each data point takes is also significant. Canada’s total exports (horizontal) did not change as significantly as the increase in total exports to the US (vertical), indicated by the steep path the bubble takes. Other nations had a less steep slope, indicating that while they increased total exports, the increase comes from higher exports to other nations. An example is China, that increased its exports to the US, but also to other emerging markets in Asia and Africa at the same time.

Lastly, we narrowed the scope of the data set to examine Canada-specific factors that could better illustrate the state of Canadian exports and possibly highlight areas of improvement. Canada’s exports by sector heat map are concentrated in natural resources sectors plus some machinery and equipment, which tend to be more upstream in the value chain. Once again, concentrating exports in a few sectors increases the risk of relying on the market vicissitudes of those few sectors.

At Global Advantage, we have been working with our clients to better understand their local, regional, and global markets. Combining our data analytics and visualization services with the advanced capabilities of Dancing Data, we are now able to synthesize complex data sets into meaningful visuals faster than ever before. With talks on NAFTA are still in progress, we will be further digging into trade statistics to better understand the dynamics of Canada’s trade with the rest of the world.