China is setting a bold new direction for science and technology 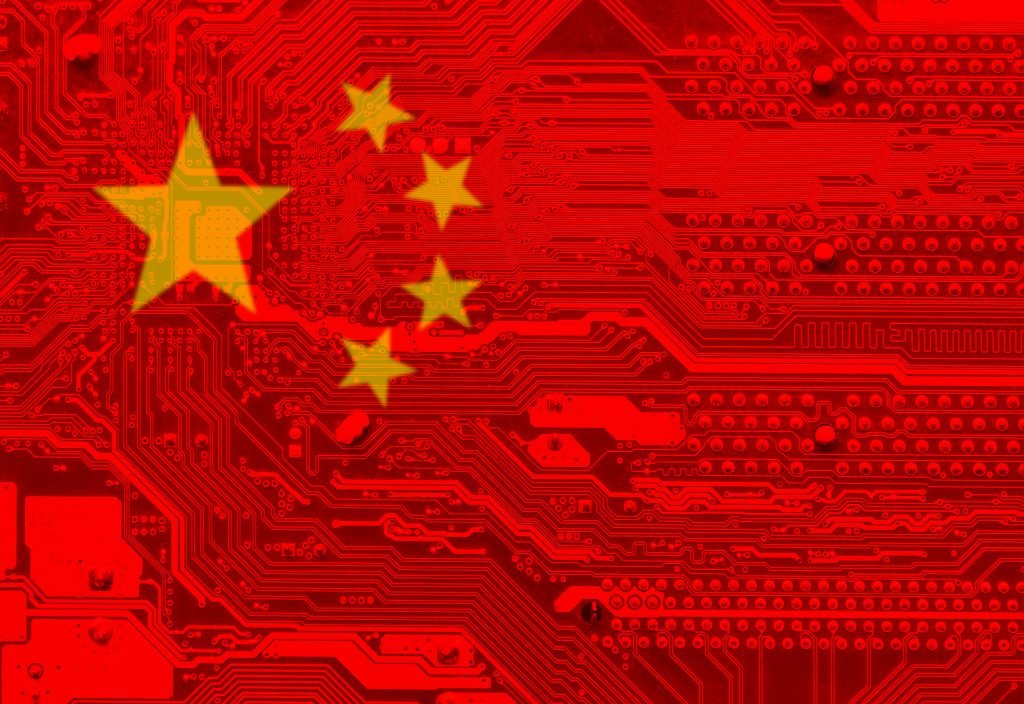 China’s new national and local science and technology (S&T) plans set the context for the country’s research and development and innovation intentions over the next five years and beyond. China’s national plan, in particular, includes national goals for 2035, a first-time commitment to a vision of China’s intentions 15 years into the future.

Recently, Global Advantage Consulting Group (GACG) completed an assessment of several 14th Five-Year Plans for Global Affairs Canada. The objective of the project was to review and analyze the impact of the Chinese 14th Five-Year Plan (2021-2025) at the local level, namely the respective S&T plans of the following three core cities: Beijing, Shanghai, and Tianjin, and to provide guidance on opportunities for Canada in science, technology and innovation. As part of this effort GACG also examined the National 14th Five-Year Plan for National Economic and Social Development and Long-range Objectives for 2035.

The core to these plans and long-term goals is to adopt what the Chinese call a “dual circulation” model. This is comprised of the internal economy and an international trading system that does not require China to be dependent on any foreign sourced key and core technology, their terms, like semiconductors, artificial intelligence, quantum computing, and brain-machine interfaces.

To this there are six R&D priorities in the Beijing Plan:

In the case of Shanghai, its Plan is to create a world class and internationally respected standard of excellence and performance throughout the city’s science, engineering, and life sciences communities. Like Beijing, the Shanghai Plan calls for a range of new research institutes and strengthening of existing ones as well as increasing awareness and practice of applying ethical considerations in bioscience and biomedical engineering.

In addition to the national priorities identified above, Shanghai seeks to become world dominant in a variety of technologies including blockchain applications, biotech and pharma, energy equipment (e.g., enhanced wind turbines, small modular reactors and increased efficiency solar cells), as well as a leader in hydrogen technologies. It also seeks to dominate extended reality systems (i.e., what in Canada we call virtual and augmented reality systems). Finally as an example, the City’s Plan calls for it to become world dominant in a variety of so-called new materials (e.g., for semiconductors, lasers and other advanced technologies).

The Tianjin City Plan, like the other cities, will promote the construction of university science and technology parks. R&D themes include:

China seeking to be world leader in emerging technologies

In summary, the traditional model of foreign access to China based on ‘technology for markets’ has been impacted as trade disputes with the United States have intensified in recent years, which has led to China implementing its Dual Circulation model of its economy. All the Plans that GACG has examined are about self-sufficiency (e.g., in critical materials, manufacturing techniques and tools, strategic technologies and advances in healthcare and related sciences). 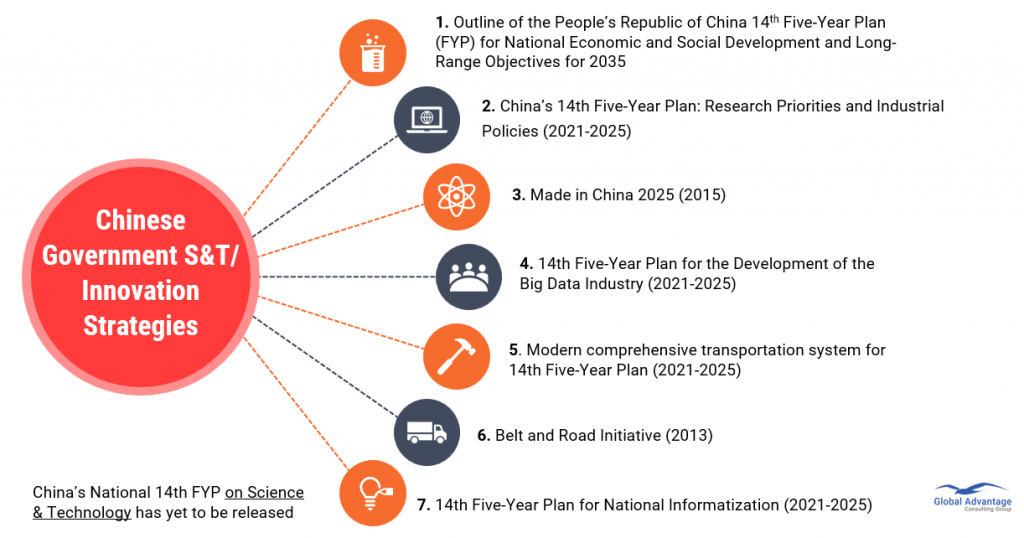 In conclusion, over the coming 15 years, China seeks to be the world leader in advances in the technologies discussed here and the resulting products and services they enable. It is a bold and coordinated plan from the national to the urban level.

Canada has researchers and engineers in many of the fields discussed here. However, only a few Chinese priorities relate to Canada’s national priorities as in AI, quantum information sciences and technologies and aspects of space science technologies. These are all fraught with dual use issues, consequently minimizing opportunities for international collaboration due to the dual circulation approach.