In Stability We Trust: The Canadian Financial Sector 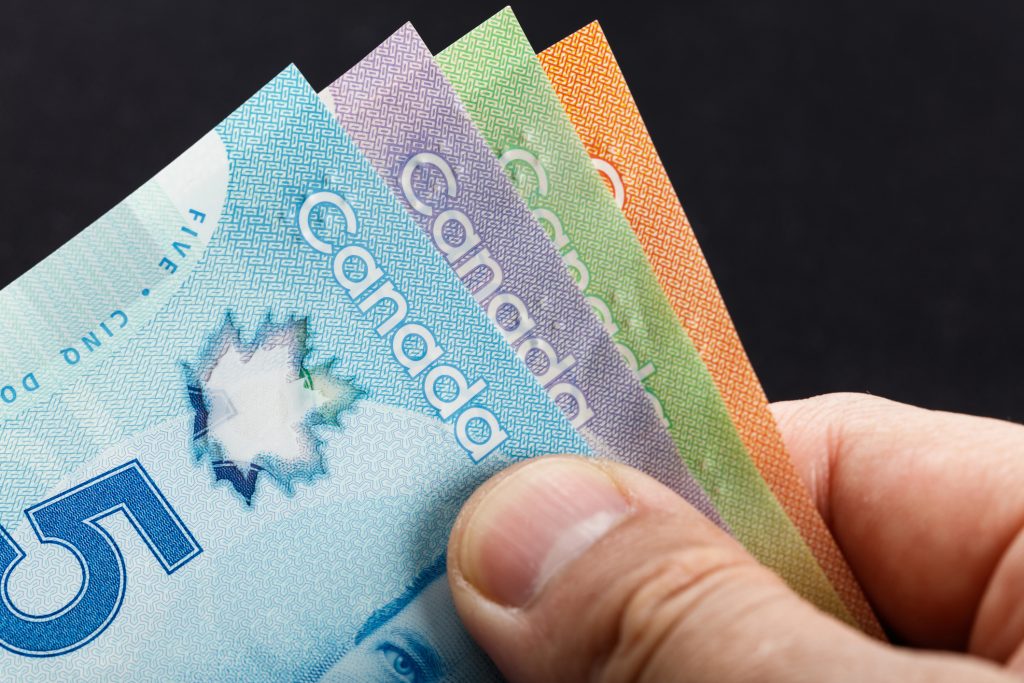 Stability is a cornerstone of the Canadian financial sector. When faced with two of the greatest tests to this stability – the 2008 financial global crisis and the 2020 COVID-19 pandemic, the Canadian financial sector stayed resilient. In contrast to the United States, Canada had no major bank failure, no official bailout and the recession was overall less severe than ones in the past. Canadian banks even took advantage of the situation, expanding operations in the United States through acquisition, filling the hole created by the failures of American banks.

With help from the Office of the Superintendent relaxing lending capacity, Canadian banks worked closely with federal and provincial governments to provide over 799,000 homeowners with mortgage flexibility, 482,500 with credit card payment deferrals, and several other programs which lifted the financial burden off individuals and business hampered by COVID-19 and shutdowns to economic activity.

This kind of stability is only possible due to the heavy regulation and intense market concentration within the Canadian financial system. Derived mostly from legislation such as the Bank Act, regulations include: barriers to entry (bank licence approval through regulatory bodies), liquidity and capital adequacy (requirements such as leverage ratio and risk-based capital ratio), and consolidation supervision (requirements on the acquisition of shareholdings and control of banks). Additional industries of finance besides banking are also heavily regulated with their own legislative acts, including the Insurance Companies Act, Canadian Pension Plan, and many others. The grand scale of regulation within Canadian banking has led to a very consolidated market, with the five largest banks holding nearly 83% of assets as of 2017. This lack of competition combined with regulation has allowed the banks to avoid riskier behaviour such as that practiced by American banks in 2008. It also allowed for more leeway to consumers without fear of hurting the bottom-line as seen with the consumer and business-friendly programs enacted during the pandemic.

Another benefit is the evident growth and ascendency of Canada, and specifically Toronto, as a powerhouse financial centre. The Conference Board of Canada released a report in May 2021 highlighting the performance of the financial sector in Canada. The report stated Canada’s finance and insurance sector is the second largest contributor to Canadian GDP, with growth outpacing all other industries in Canada from 2011 to 2020. According to the Conference Board of Canada, the gross domestic product (GDP) and employment contributions due to the industry’s growth are undeniable. This growth is primarily thanks to the scale advantage regulation and market concentration has brought to this sector, allowing Canadian banks to be the giants they are today. 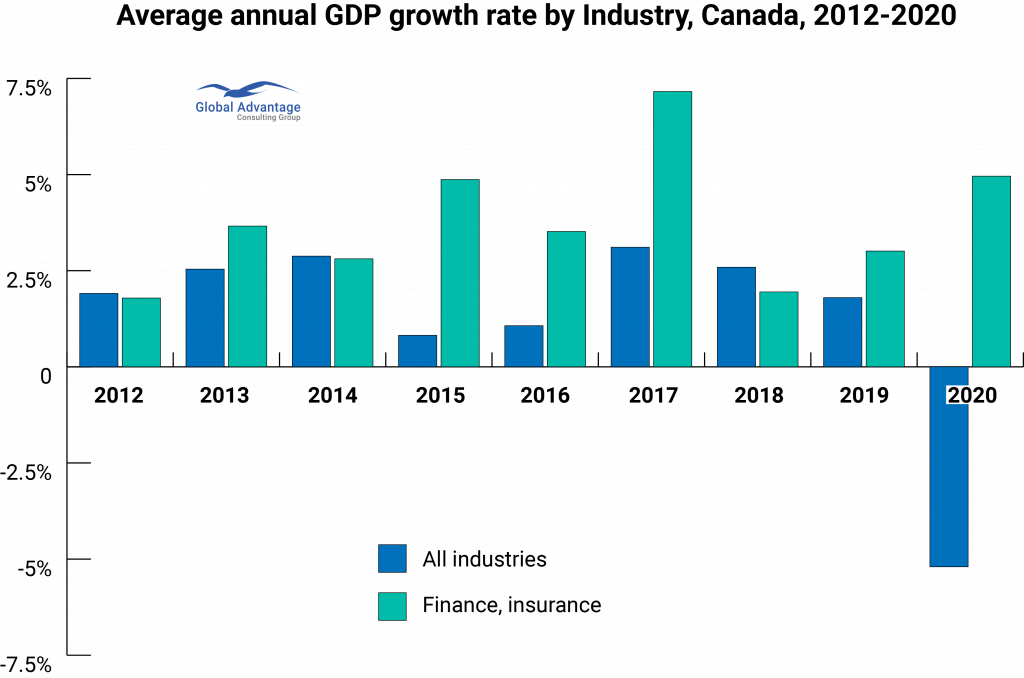 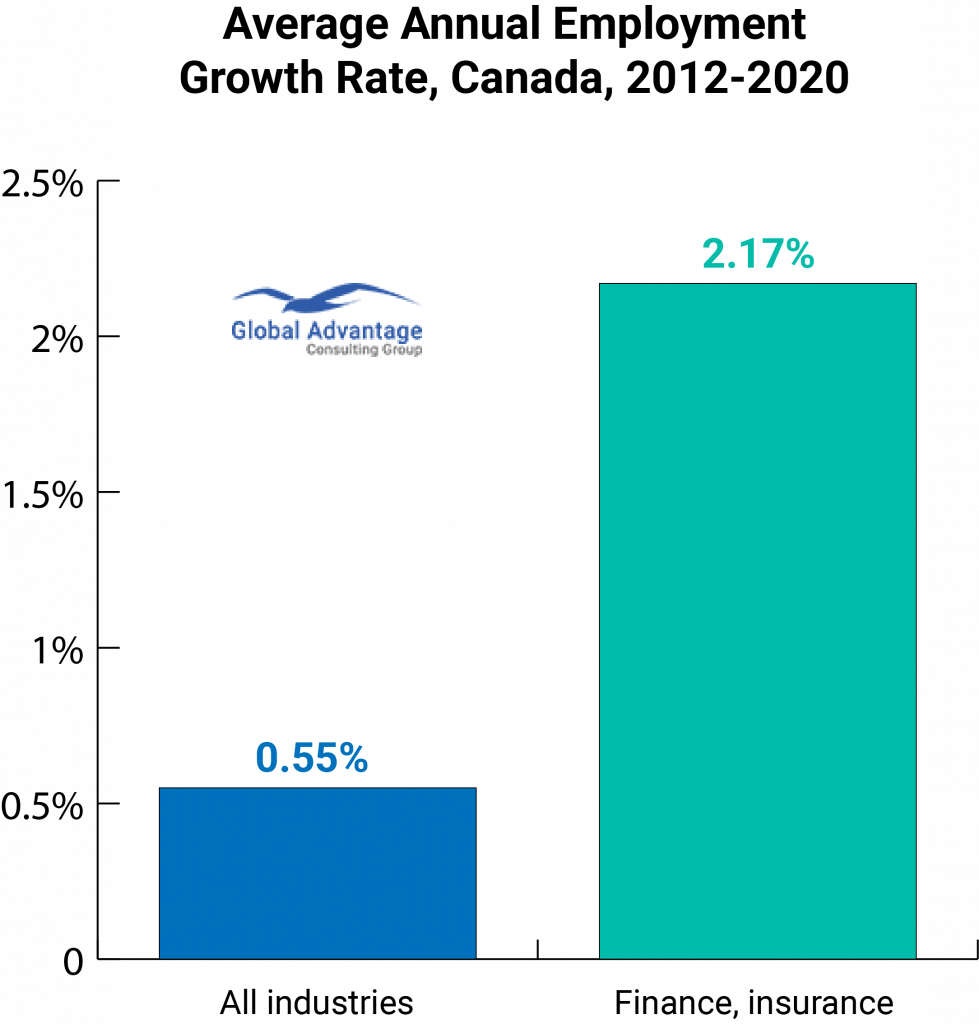 Fueled by growth and safety at home, Canadian banks have also successfully increased their international presence. Per Export Development Canada, Canada’s fastest-growing export is financial services, which today make up more than half of Canada’s outward FDI, representing a 46% increase since 2005. With the growing instability of exporting commodities, greater reliance on exporting a stable business such as banking is welcomed.

Although there are benefits, there are also clear concessions to be made with our choice of banking system. For example, Ontario’s Expert Advisory Group to the Capital Markets Modernization Taskforce notes that entrepreneurs cited the cost of accessing public markets as a significant reason for the TSX Venture Exchange listings dropping from 337 in 2010 to 77 in September 2020. The same declining trend in IPOs can be seen for TSX with 187 listings in 2010 compared to 137 in September 2020. Limiting competition within the sector in our market concentrated system is certainly indicative of this. The decline of the IPO market in Canada over the decade is inverse with the growth of the Canadian finance sector.

A research paper by Bryce Tingle and Ari Pandes of University of Calgary identifies the decline in public markets may be the heart of Canada’s economic policy issues regarding innovation and productivity. Tingle and Pandes argue that despite some advantages such as a highly educated population, relatively high rate of entrepreneurs, and access to the largest economy in the world with the United States, Canada lags behind almost all its developed peers in innovation and productivity. A large reason behind the lack of innovation is the failure to produce anchor technology companies.

Opening up policymakers as to how to make Canada more innovative and productive needs to be a priority moving forward; if we can find a way to maintain a level of stability in the financial sector while producing and scaling innovating companies, that would be the ideal situation.