In 2017, Canada unveiled the $125-million Pan-Canadian AI Strategy, coordinated by CIFAR, that triggered a number of independent AI activities at many universities and research centres throughout Canada. For example, in April 2018, the University of Waterloo launched the Waterloo Artificial Intelligence Institute, which is an undertaking that brings researchers from across the university’s diverse range of disciplines together to advance both fundamental and applied AI research with a two pronged approach of AI for Industry and AI for Social Good. This is one of many smaller-scale AI initiatives that have sprung up throughout Canada’s academic community in association with various partners, and all this primarily as a result of the recent explosion in pure and applied AI research and the high-profile that AI is getting from governments around the world.

Global Advantage Consulting Group has the expertise and past project experience to detail the level of impact of AI on you and your organization, and the funding programs and mechanisms in place that you can leverage. 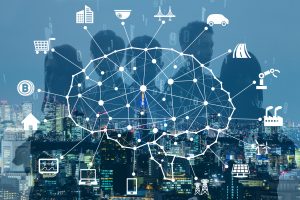 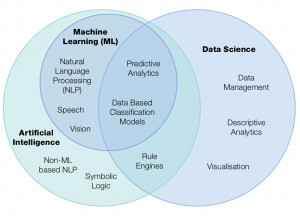 Get in touch with Dr. Camille Boulet has extensive experience in defence and security S&T, strategy, industry collaboration, and public policy in Canada, the United States, and NATO. His 30 year career at DRDC began as a defence scientist specializing in CBRN research and ended as Chief of Staff (ADM S&T), with many successes including the conception and implementation of the IDEaS program. Cam was awarded the United States of America Secretary of Defense Medal for Exceptional Public Service (2018). He holds a Ph.D. in Chemistry from University of Victoria, British Columbia, and a B.Sc. in Pharmacy from the University of Alberta. Cam completed his National Securities Studies (nss) course at Canadian Forces College, Toronto, Ontario. Robert Crawhall is a strategic innovation advisor to the public, private and academic sectors in AI, cybersecurity, net-zero energy and advanced materials. His private sector career spanned telecommunications, energy and manufacturing sectors with multinational corporations. Over the past 15 years he has run several collaborative innovation organizations focused on nanotechnology, IoT, eCommerce, wireless and photonic technologies. Robert sits on the boards of private and not-for-profit organizations dealing with aerospace manufacturing, advanced materials and national security. He holds the ICD.D Director certification. Robert is a professional engineer in the Province of Ontario, holds a PhD in Electrical Engineering from the University of Ottawa and a Bachelor’s in Mechanical Engineering from McGill University. He is a Fellow of the Canadian Academy of Engineering.