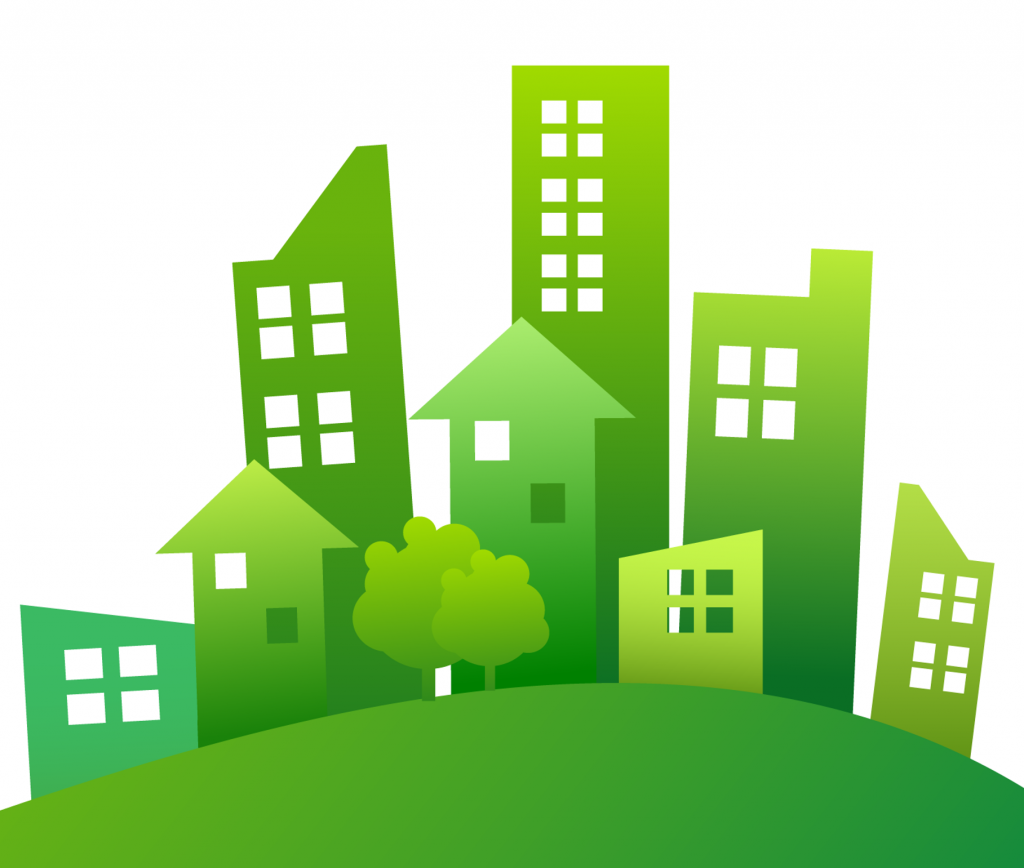 According to the 2030 Emissions Reduction Plan, Canada has a target to decarbonize the building sector by 2050, and to make new buildings net-zero ready and energy efficient. However, 85% of buildings sector emissions comes from operational emissions, e.g., space and water heating and extra energy demand to heat and cool buildings. With the glut of understanding around operational carbon in the building sector in Canada, there is still relatively little activity in efforts to reduce embodied carbon in building construction.

What is embodied carbon?

Embodied carbon emissions are emissions associated with materials and construction processes throughout the whole lifecycle of a building or infrastructure. For the purposes of this project, activities related to embodied carbon were split into three lifecycle stages, detailed in the graphic below. 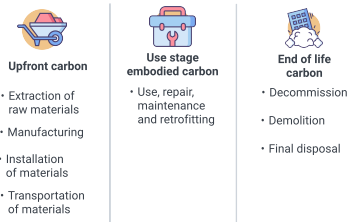 According to WGBC, these stages are:

Upfront carbon: Carbon emissions caused in the production of materials and construction phases of the lifecycle before the building or infrastructure is built.

End of life carbon: Carbon emissions associated with the demolition, or deconstruction and processing of materials for final disposal, recycle, or reuse.

To address Canada’s construction, buildings, and climate change mitigation and adaptation needs and to support the launch of the Low Carbon Materials Innovation Hub, Natural Resources Canada required an assessment of the key stakeholders in Canada’s embodied carbon in construction landscape.

To meet this need, Global Advantage produced Canada’s Embodied Carbon in Construction Ecosystem Map (pictured below). This project identified, analyzed, and provided insights into key stakeholders in Canada’s embodied carbon in construction ecosystem, their activities and functions in the ecosystems, and the flows of money, people, information, and materials between them. GACG identified initiatives and investments supporting reducing embodied carbon in construction, with a focus on the buildings sector.

GACG categorized stakeholders according to their aforementioned areas of activity, as well as their functions in the ecosystem. These categories of functions were: knowledge mobilizer, funder, research performer, regulator, or benchmarker.

An emerging area of activity

Embodied carbon in construction is still emerging as an area of focus in Canada. As operational carbon emissions decrease due to reduction targets, upfront embodied carbon emissions are likely to represent the majority of the relative proportion of building emissions through to 2050 in provinces with low-carbon electricity grids, according to the CGBC.

Contact us today to learn more about GACG’s embodied carbon and other climate change-related projects and initiatives, or check out our e-store.

The importance of critical minerals for net zero