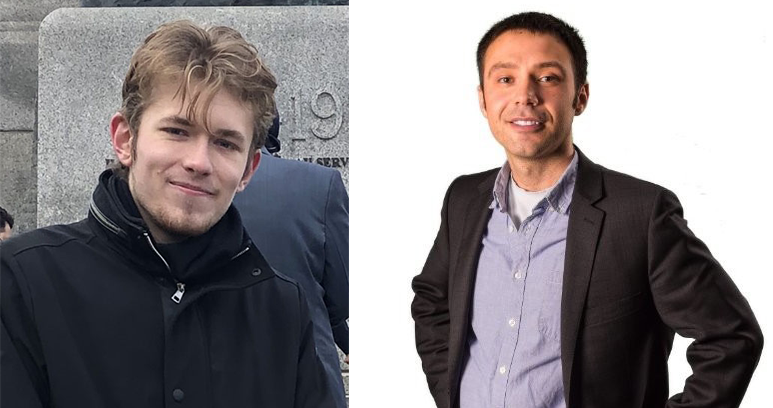 Global Advantage welcomes two new research analyst interns who will work with our team for the winter term.

Anthony Maio has a background as a bilingual market researcher and content writer, as well as a French-English translator. As a Master’s student in the EURUS program (European, Russian and Eurasian Studies) in the Faculty of Public Affairs at Carleton University, he is currently examining the political and economic systems of France.

In addition to fluency in French, he can understand Spanish and Italian, as well as an intermediate passive understanding of spoken German. In his work as a research assistant at the Centre for European Studies, he relied on strong critical thinking and strategic planning skills. Using interdisciplinary research methods, Anthony attempts to combine creativity with analytical skills to understand the big picture. He is highly motivated and excited to become a part of the GACG team.

Anthony has always believed that it is important to communicate in both of Canada’s official languages. He will be entering into bilingual PhD studies at the University of Ottawa next year.

Philip Was is a fourth-year undergraduate student in Global and International Studies with a specialization in Europe and Russia in the World at Carleton University. His interests include security and defense, as well as European, Canadian, and Russian politics and history. He also works as a research assistant at Carleton for a historical study on Canadian Prime Ministers and their leadership styles, focusing specifically on Prime Minister John Diefenbaker. Philip’s strengths lie in both qualitative and quantitative data analysis, and he is required to apply these skills in accordance to high academic standards in his work as a student and researcher at Carleton. In addition, Philip’s unique bachelor degree program, Global and International Studies, provides him with vast multidisciplinary knowledge in an array of subjects, including economics, history, geopolitics, and social issues around the world. Following his Bachelor degree, Philip plans to enroll in Carleton’s European, Russian, and Eurasian Studies Masters program, with a specific focus on populism within the European Union.

Philip is eager to learn and apply new skills at GACG, including utilizing the firm’s vast and experienced network of senior consultants to reinforce his knowledge on security and defense procurement, advances in green technology, and more. In addition, he aims to further strengthen his writing and analytical skills, with the ultimate goal being to master the complex art of summarizing intricate data into brief and digestible reports. He is most excited to work on the firm’s “ecosystem” maps, and learn how to create decks and present on complex issues in a simple and brief way. Philip aims to bring excitement and passion for knowledge and analytical problem solving to the firm, and is very eager to gain experience.

Anthony and Philip are highly motivated to work together and contribute to solving problems and finding innovative solutions. Both of these new interns believe strongly in teamwork and achieving goals together. With common interests in the environment, culture, politics, and the problems facing society today, they are both committed to assisting in enacting positive change with GACG and their partners.

Internship at GA an Unforgettable Experience

What I Learned at Global Advantage