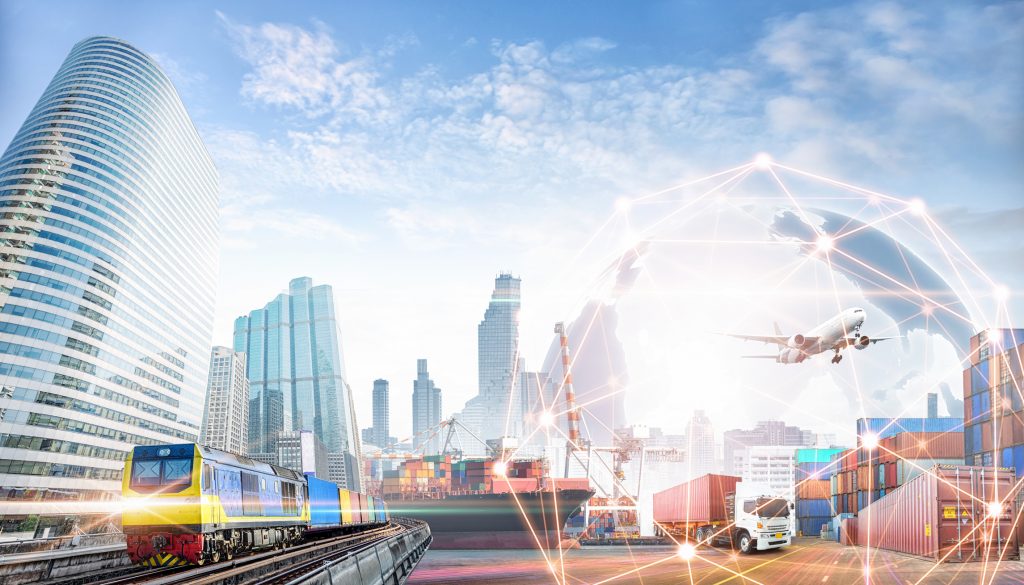 By 2035, it is estimated that developing countries across the world will need over $40 trillion USD in infrastructure investment. Just where is $40 trillion going to come from and what do the financiers want in return?

Exacerbated by issues ranging from climate change to COVID-19, there is a considerable gap in financing to meet the developing world’s growing infrastructure needs. Yet, despite these challenges, developed countries have been tackling this issue and stepping forward to invest in infrastructure across a broad range of projects, and not always for the reasons that are apparent.  Until recently China was at the forefront of this geopolitical game with its Belt and Road Initiative.

Under the surface these activities represent much more than just supporting the developmental needs of countries, but also represents a new theater through which competing world visions can clash for superiority. An East vs West showdown for the 21st century.

In contrast to China’s Belt and Road initiative (BRI), the goal of Global Gateway initiative hopes to create “links, not dependencies” between Europe and the world, providing developing countries with a “true alternative” to China’s pervasive infrastructure program that is often criticized for trapping recipients in insurmountable dept.

Since its inception in 2013, China’s BRI has grown to encompass 139 countries who collectively account for 40% of global gross domestic product (GDP). By 2027, Morgan Stanley forecasts that BRI expenses will amount to $1.2 – $1.3 trillion.

On paper, the BRI seeks to back an array of projects, but to date, most funds have been allocated toward traditional energy, road, railway, and port infrastructure projects. According to the Council on Foreign Relations, a U.S. think tank, BRI projects share commonalities in that:

Critics have become increasingly concerned with the expansion of the BRI in recent years. The principal recipients of the program are developing countries across Southeast Asia, Africa, the Middle East and South America, though the European Union and United States are particularly warried of the inroads the BRI has been making in Eastern and Southern Europe and South America.

BRI Participants by Year they Joined 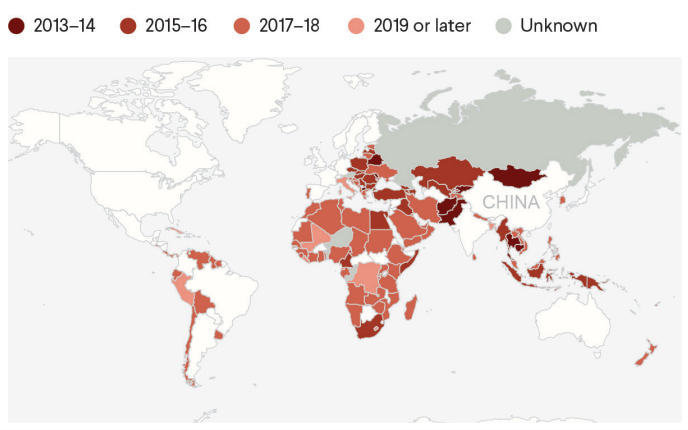 With mounting criticism in mind, China has pledged to pivot the BRI to focus more on poverty alleviation, health care and an emphasis on environmental sustainability and green development, pledging that BRI will follow international standards for project development.

As China’s BRI is seen as propagating a competing world vision, in June 2021, the G7 announced its alternative, called the Build Back Better World Partnership (B3W), with the goal to “collectively catalyze hundreds of billions of dollars of infrastructure investment for low- and middle-income countries in the coming years.” Although details of the plan’s financing and country commitments remain unclear, initial announcements note how B3W will endorse transparent and sustainable infrastructure developments that are financially, environmentally, and socially sustainable.

In true Canadian fashion, Canada may share in the skepticism of the Belt and Road initiative but has noticeably downplayed its potential threat compared to its American and European counterparts. Somewhat problematically, Canada tends to take cautious approaches to matters pertaining to China, with one of the more obvious examples being its hesitancy to bar the Chinese telecommunications, Huawei, from its 5G networks, despite proponents inside and outside the country calling the decision a ‘no-brainer.’

Canada’s political hesitancy has noticeable and profound repercussions. Just recently, the UK, US and Australia announced their trilateral security pacts, AUKUS, designed to go beyond the intelligence-sharing capabilities of the Five Eyes towards sharing military capabilities in what many see as an effort to counter China in the Asia-Pacific. Critical of Canada’s absence from AUKUS has been Leader of the Official Opposition Erin O’Toole, who stated (during the recent 2021 Canadian federal election campaign) that if he were elected, he would seek to join the alliance.

Canada appears so focused on the potential repercussions that standing up to China may bring that it fails to see the consequences of this inaction on its relations with its most trusted allies.  Canada’s Five Eyes intelligence-sharing allies (U.K., U.S., Australia, and New Zealand) have already banned Huawei from supplying next generation 5G internet service equipment, yet Canada continues to equivocate.

The U.S. and E.U. advocate for Canada to take a firmer stance with respect to China. Just last month, during his Senate nomination hearing, David Cohen (the now appointed US Ambassador to Canada), hoped to see greater cooperation between Canada and the US to counter the “existential threat that is China.”

With the expansion of geopolitical competition, how will Canada navigate the increasingly competitive international landscape?

A Canadian DARPA will need an enabling ecosystem to succeed