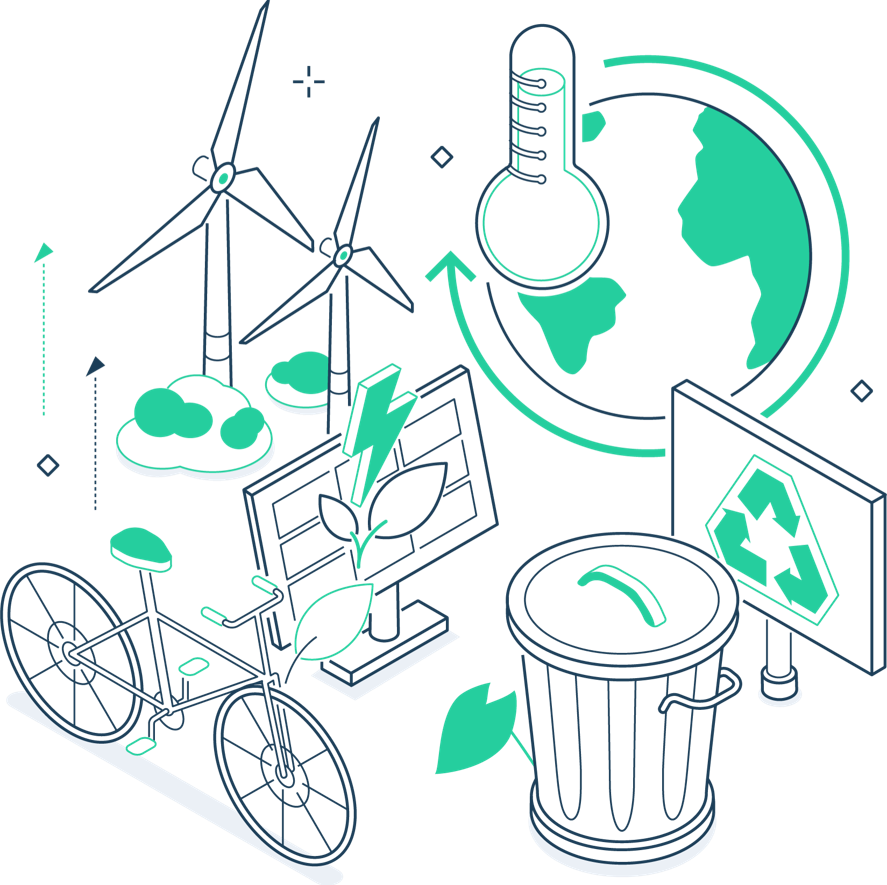 The federal government’s 2030 emissions reduction plan invests heavily in transportation sectors and economy-wide measures, yet when it comes to addressing greenhouse gases from some of the guiltiest sectors—for example, oil and gas, buildings, and heavy industries—the plan makes few funding commitments to lead Canada to reach its climate targets by 2030 and beyond.

For decades, other industrialized nations have been significantly reducing their greenhouse gas (GHG) emissions, but Canadian emissions have increased and plateaued since 1990.

The ERP represents the most ambitious environmental strategy that the federal government has produced to date, providing a comprehensive roadmap for Canada’s GHG emission reductions targets. However, the question is: are we investing enough in the largest-emitting sectors to help enterprises and stakeholders carry out the required technological and process transformations to reach 2030 and 2050 net-zero targets?

The ERP proposes measures across 11 economic areas of impact. Oil and gas, electricity, transportation, and buildings are the four areas in which consumers are going to feel the direct hits. These four also represent three-quarters of the target emissions reductions the government hopes to reach through the ERP.

However, climate change is an engineering problem—developing and adopting technologies and processes to mitigate GHG emissions and adapt locally to climate impacts. These require huge amounts of capital investment, and the ERP disregards this. 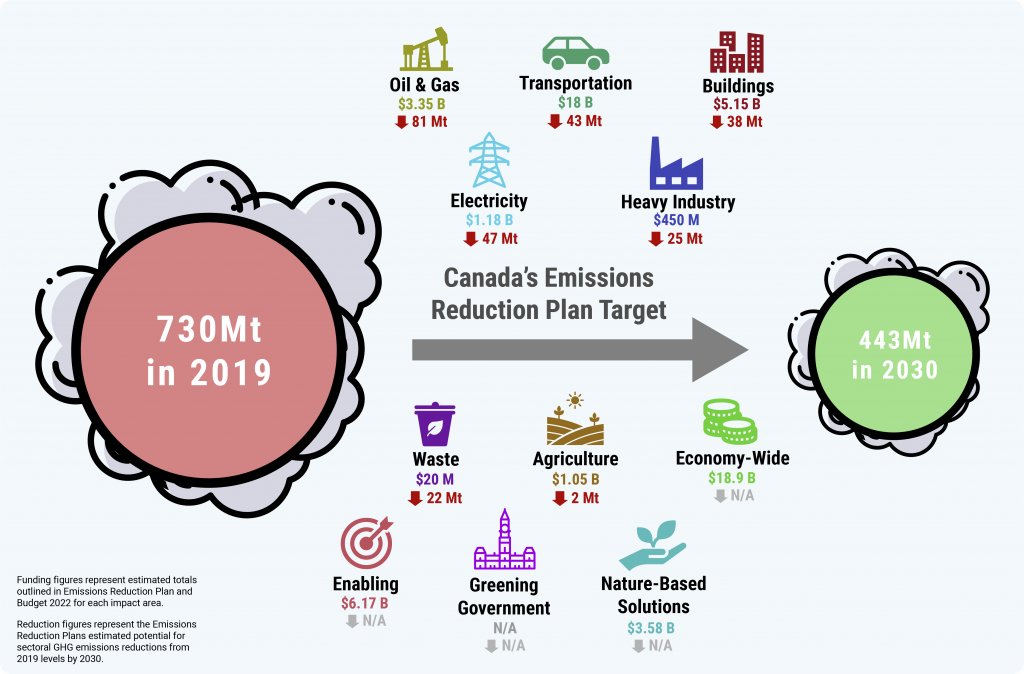 The Royal Bank of Canada estimates that costs for Canada to meet net zero comprise:

Upon deeper analysis, the funding outlined in the ERP designated to promote emissions reductions from the oil and gas sector—the largest source of national emissions—is approximately $3.4-billion in new and existing and funding, mostly in the form of a carbon capture, utilization, and storage (CCUS) tax credit.

Furthermore, investments in the buildings sector, the third-largest source of national emissions, are far below the amount required to adapt Canadian communities to climate change. The Canadian Institute for Climate Choices estimates inland and coastal flooding will lead to billions in annual costs to properties by the end of the century.

By contrast, the plan mentions measures totaling approximately $18-billion in new and existing funding for the transportation sector, Canada’s second-largest source of national emissions. This includes Infrastructure Canada’s public transit funding and $1.7-billion over five years proposed in the 2022 federal budget towards broadening the eligibility for zero-emission vehicles purchase incentives.

Finally, heavy industry, agriculture, and electricity combined are responsible for nearly 30 per cent of national emissions in 2020, yet are to receive a total of $2.7-billion in new and existing funding through measures indicated in the ERP.

The sum of the ERP’s investments is a pittance according to RBC’s estimates. In totality, to reach net-zero by 2050, it is projected that Canada must spend $2-trillion over the next three decades.  However, Canada is not ready to meet this target, and Canadians may not be prepared to forego other priorities—such as having an affordable quality of life—to meet it.

If Canada has any hope of reaching national net-zero targets, governments must prioritize the required investments to allow the private sector to develop, commercialize, and deploy net-zero technologies across the entire value chain of every sector of the Canadian economy. Concrete policy design and governance models are also important, but the amount of cross-departmental and cross-sectoral collaboration and investment required to reach 2030 and 2050 emissions objectives is massive. The amount of new and existing funding outlined in the ERP falls well short of what is needed to advance Canada’s net-zero transition.

Burying our heads, and carbon dioxide, in the sand